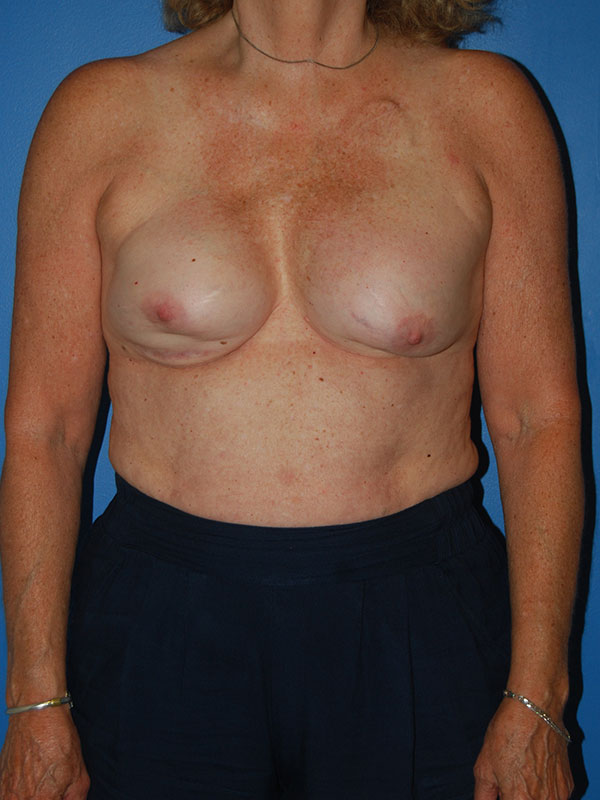 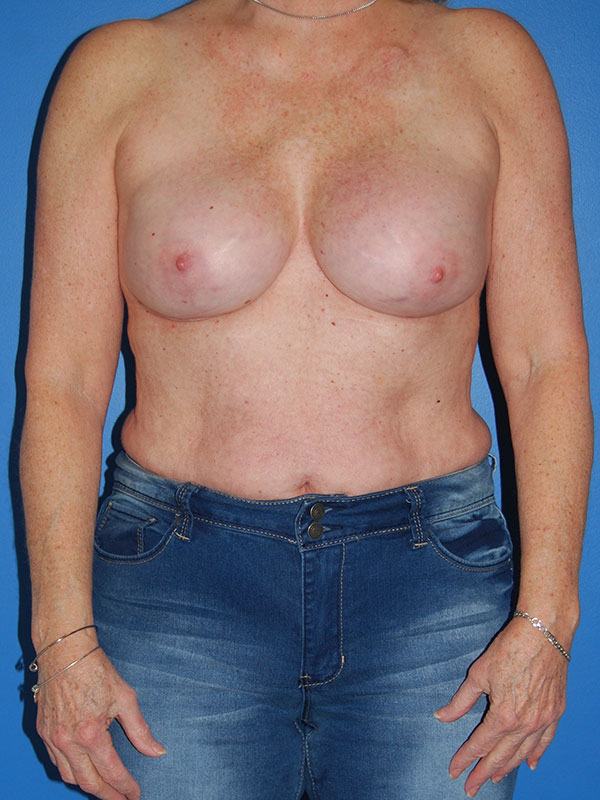 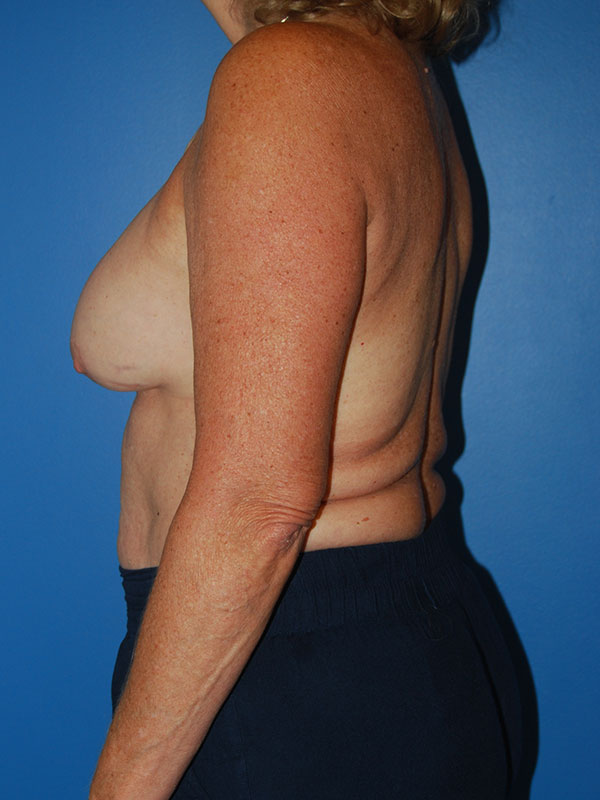 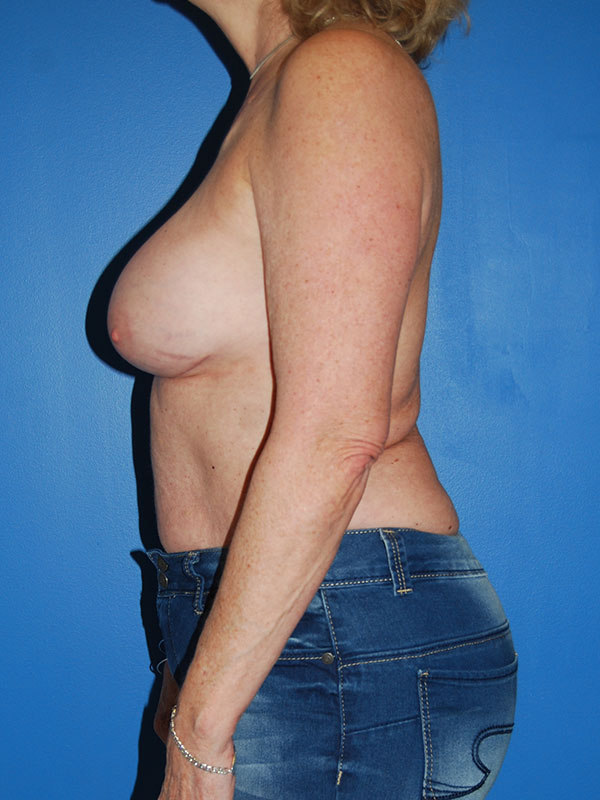 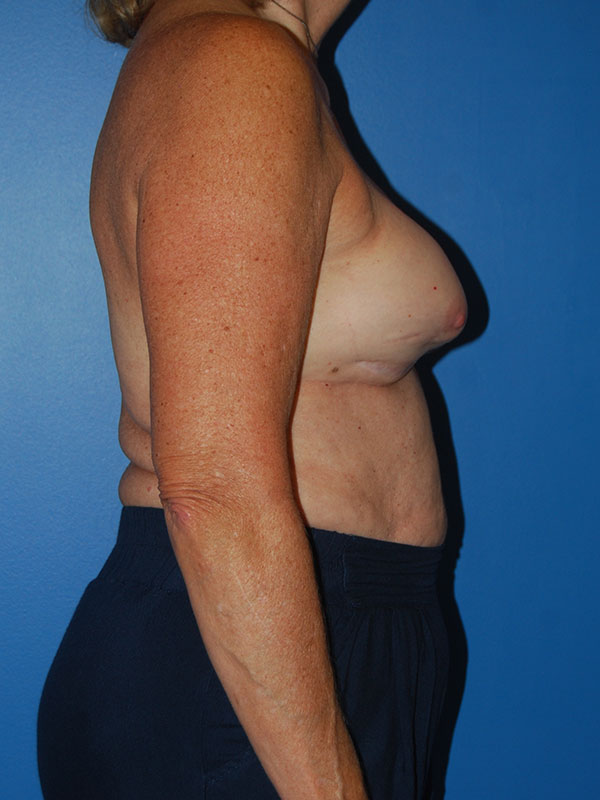 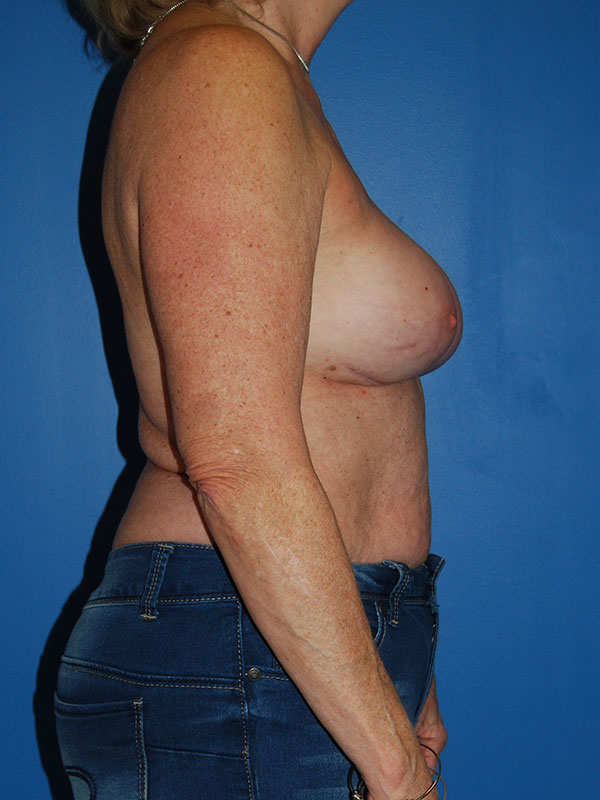 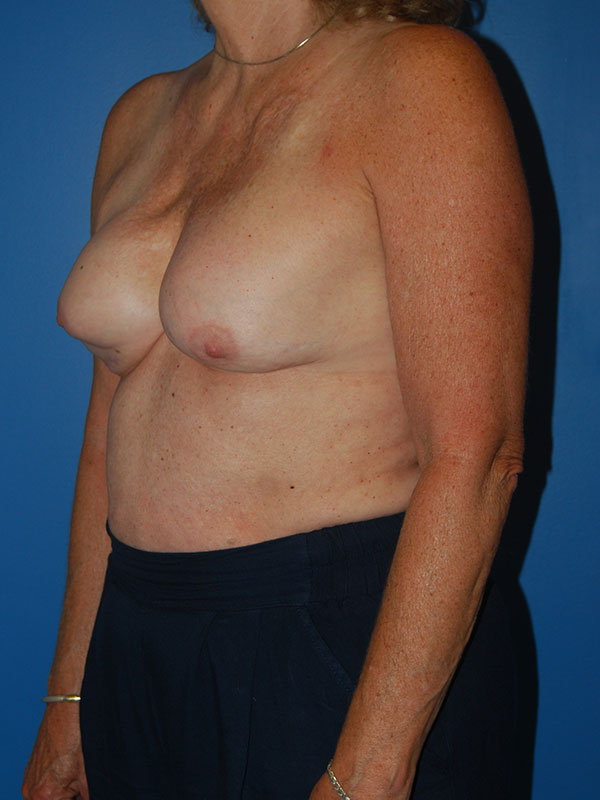 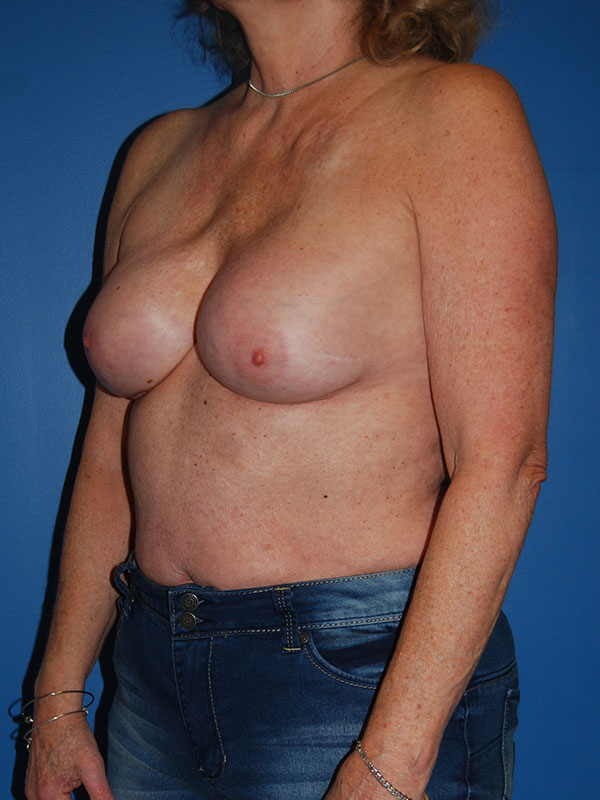 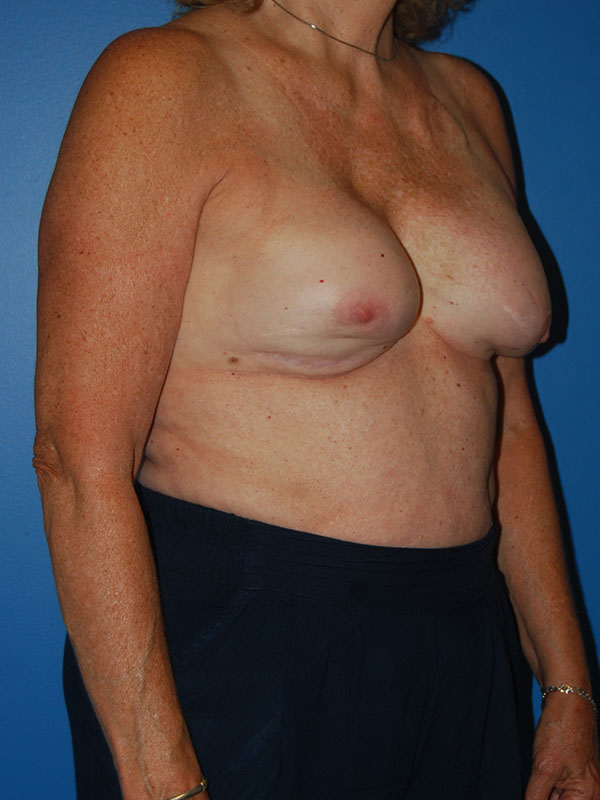 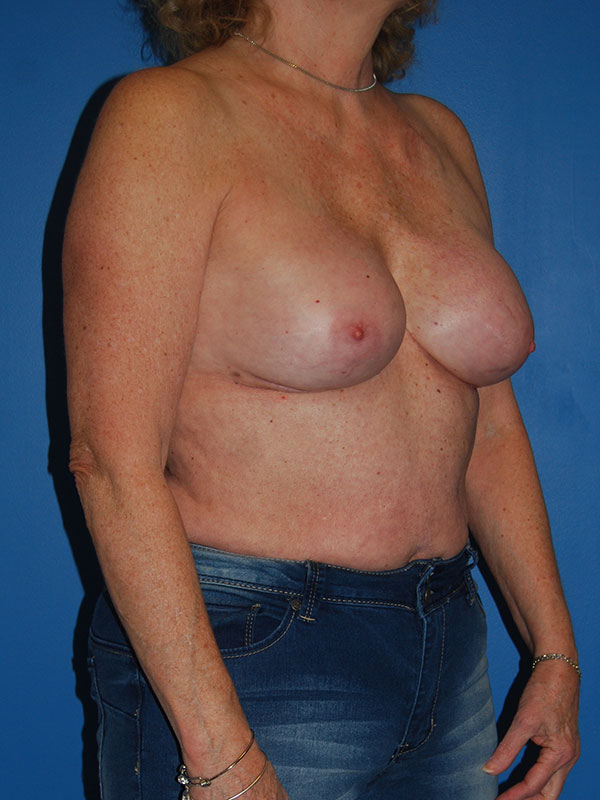 Notes: This patient underwent previous breast augmentation in 1974 at a major academic medical center with silicone implants placed on top of the muscle through an inframammary approach. She subsequently developed capsular contracture and received multiple closed capsulotomy procedures without success. In 2003 she underwent revision with removal of her original silicone implants and replacement with saline implants through her original incision placed in the subglandular position. This was performed by a separate surgeon elsewhere. She then experienced a saline rupture in 2012 and was revised again using a 350 cc moderate plus profile silicone implant placed in the subglandular position (over the muscle) through an inframammary approach.

She presented to Dr. Zemmel’s practice with severe distortion of both breasts, multiple contour irregularities, and asymmetry. Of note, the patient has a pacemaker located in the left upper chest.

Revision breast augmentation was performed. Bilateral implant exchange to a 425 cc (right) and 450 cc (left) was performed. Open capsulotomy of the upper and medial poles of the breast were performed to improve upper breast contour and cleavage. The lower portion of the breast was treated with aggressive radial scoring and capsulectomy. Her previous inframammary incision was used.

She is shown 6 months after surgery and is very pleased with her results. The overall breast is more natural, more symemetric, and portional to her frame. The scar and sever shape distortion of the breasts has been improved. Her breast implants are soft and mobile without capsular contrature.